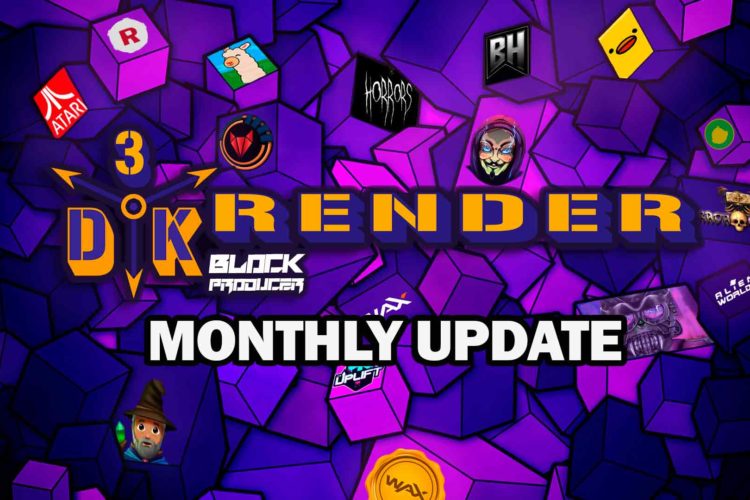 During the month of August we have made some upgrades to our infrastructure to improve performance and availability.

We have upgraded our SHIP and Query servers to support the strong growth of the WAX blockchain.

We have also completed the replacement of all our producer nodes.

We have extended the Hyperion cluster with a new node to improve sharding performance.

We have tried to help during the problems presented in WAX Blockchain on August 28 and 29 with testing, analyzing logs and configuration changes as far as we were able.

We continue to offer our infrastructure on Testnet:

August has been a very important month in the development of our Rada Quest TCG game. On August 9th we released an important update and all our team has been working hard to follow up the launching, the attention to the players and the quick resolution of any bug or malfunction that may arise.

At the risk of suffering a penalty, we have stopped the development of the other projects we are working on so that this update would be welcomed by the community.

During the last months we have detected a certain feeling of disappointment among the WAX user community due to the multiple projects that dissipated like smoke or those other projects whose tokenomics were so lacking in value that they barely supported a few days the illusion of their users, who saw that their investment lost its value irretrievably.

As we have commented on other occasions, Rada Quest TCG is a game designed to maintain balance in its tokenomic system thanks to a permanent evolution roadmap and a very robust token usage system.

Thanks to this update, players can now be aware of part of this tokenomic system.

The game offers players a total of 10 resources, 7 of which are tradable as FT tokens.

There are 3 resources (food, wood and stone) that are obtained for free thanks to the production buildings of the player’s Chiefdom.

These resources will not be tradable to avoid the abuse of farmers trying to exploit the production to flood the markets with resources obtained for free.

However, we have designed a system thanks to which players will be able to profit from these productions in an indirect way thanks to card boosting and recycling, as we will explain below.

Each card has a system of attributes (experience, skill, attack, defense, looting) that must be boosted using the different resources obtained in the game.

Those cards that the player wishes to discard may be recycled. Recycling destroys the NFT (burn) and generates new tokens according to the rarity and power of the card (less than the boosting cost).

Thanks to this system we can attract players with less economic resources, who will be able to generate free resources in Chiefdom and boost low-value cards, obtained as event rewards, to recycle and sell the tokens obtained, which can be traded.

This strategy is also intended to mitigate the damage caused by farmers and bots trying to exploit the free resources of the games.

We want Rada Quest to be a free-to-play/play-and-earn game but not a click-to-earn game.

As part of the active events, we have improved and expanded the ranking system of the weekly Gems mini-game tournaments.

Resources can not only be obtained by adding up combinations of gems on the board. Players are also eligible for weekly prizes, based on rankings, including tokens, resources and even card packs.

Compare the evolution with a tournament in May, e.g.

Due to the current conditions of the crypto market in general and also the overall mood of blockchain users, this new update is receiving modest and slow-growing attention, but with very good reviews.

We are currently working on the next update, which we expect to be released later this year, and which will include player-to-player card tournaments.

Rada Quest managed to rise among the top blockchain games

It even rose to the number one spot in popularity on WAX.

We have added more Spanish translations to the documentation.

We are currently studying how to improve the presentation of some topics, as has been claimed in some Telegram channels by other users, who find the organization of some sections a bit confusing.

We continue working on the dissemination of WAX Blockchain community content and projects. Cristalla, our CM, has received the Gold Badge in the WAX ambassador network.

Cristalla has participated in several interviews:

Introduction By now no one doubts that NFTs are here to stay, but to stay very high up! Every day, new games are add... 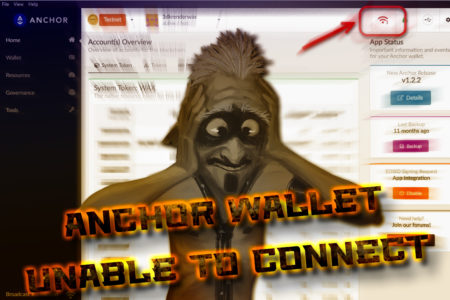 Introduction Among the many advantages of using blockchains, one that stands out above most is the security and trus...

🔥February 8th will be released the NEW cards that will be part of the next event of the game, the event cards give extra skills and bonuses during the whole period of the event, so if you want to beat all the players and win more medals you should not miss them!

⚔️Calling all $TARUK token owners to join the "Taruk Brotherhood" on the new 3DK Render tool:

We are live here with @RadaQuestTCG come and have some fun with us and giveaways!!! @thenftopia