Cryptocurrency, blockchain and token are words that are already part of our everyday language. But do we really know these concepts?

What is a token?

Basically we can define token as a unit of value emitted by some entity. Consider, for example, a 1 Euro coin. It is a unit of value issued by the European Central Bank through the currency bodies of each Member State of the Union. That coin is a token and, as an object with associated value it is, we expect from it a number of requirements that guarantee its reliability so that they do not stame us with false currency.

Now we are becoming very familiar with the concept of digital token. Cryptocurrencies, or digital currencies, are also tokens that are managed through a blockchain. But this article is not to talk about classic cryptocurrencies but about the types of tokens that we can find ourselves and some examples of their usefulness (mainly from the realm of games, one of the most booming sectors is living within the world of blockchains.

The fungible token is probably the most common token. Going back to the case of the 1 Euro currency, we can say that that coin is an FT token. Such tokens have the characteristic that each and every token is exactly the same as the rest. If we have a token whose issuance reaches 10 million units, each of them is exactly the same as the rest and impossible to distinguish from among them.

The main utility of such tokens is to be used as an exchange currency, just like the money we know. So we have FT tokens like Bitcoin, Ethereum, Steem, WAX, etc.

Within a video game we could find this type of tokens as currency for in-game purchases. In the game I am developing, Rada Quest TCG, the player will have at their disposal FT type tokens such as the Soul Crystal token, for in-game purchases, or the Taruk token, to participate in the benefit-sharing of the game. But also objects with another type of purpose, such as magic potions to empower cards. A blue potion is the same as any other blue potions a player can find and, being a tokenized object, can trade with it on the market or exchange that accepts such tokens.

The non-expendable token represents one of the most revolutionary concepts in the cryptographic world thanks to which the video game industry is increasingly looking at its adaptation.

We talked about coins, but what about the bills? We might think that banknotes are also FT tokens as all 50 Euro tickets are the same… or not?

As some may have already noticed, banknotes, even if they are of the same value, are fully identifiable and differentiated from each other. To do this, they have some distinctiveness, data or signal that makes them special and unique to each other. For banknotes, the serial number. Thanks to that number, no two banknotes are the same, even if they have the same monetary value. This is the main feature of non-expendable tokens.

We can find such tokens in a card game, for example, where multiple players can apparently have the same card, and yet have all cards of different value. How is that possible? Suppose everyone has the Yelia card (Keeper of the Passage) extended version. It seems that everyone has the same card, but it turns out that each of them has it boosted at different level so, in the event of a combat between cards, they will not be on an equal footing. The same will happen when selling that letter in a market; will not have the same Yelia value at level 5 as at level 50.

One feature that such tokens can have is that they can store modifiable data, which makes the existence of a database totally unnecessary to associate a letter’s token with its evolution state; the status of the card will be contained in the token itself and only the authority that issued it (the author) can modify those values even if the owner is a different person (the player).

Little is talked about about this type of token, but they are also very useful. Until now, the aforementioned tokens (NFT and FT) had as a common feature that they could change ownership, either through direct transmission between users or through trading in a market. This is not possible with an NTT token. This type of token, once created by its author and delivered to its owner, can no longer be transferred to another owner or sold in a market.

This type of token can be used to distribute usage licenses or products that you do not want to be resold.

Rada Quest will use these types of tokens to create user accounts. Each time a new player enters the game they will receive an NTT token that will identify him from that moment and that will serve to store the player’s status at all times, since he also has the feature of being able to store modifiable data by the author of the token.

Let’s look at the use of tokens in the game. Players identify and retain their status information in an NTT. Your cards are NFT and you can boost cards with the magic potions you get in quests (FT) and you can also purchase more card packs with the in-game coins you earn (FT).

All these tokens are managed on a blockchain that, in turn and as we already know, is decentralized thanks to the network of nodes that support it. A blockchain is but a decentralized database so our game, having all the information necessary for a player to play stored in the tokens, and these on the blockchain, does not need a local database. Now we can talk about a decentralized game, or a DAPP, whose most important assets can be accessed from anywhere and with any interface that knows how to interpret them.

Wait, did you say “any interface”?

Effectively. Now, with all these ingredients, other developers could design their own apps that would use Rada Quest cards for different games, or magic potions like buy/sell coins, etc. But not just Rada Quest tokens, but any token that might be in a user’s wallet for that app. The only limitation is that the modifiable data of the tokens can only be modified by the original author. Even with this restriction it sounds fantastic, don’t you think? 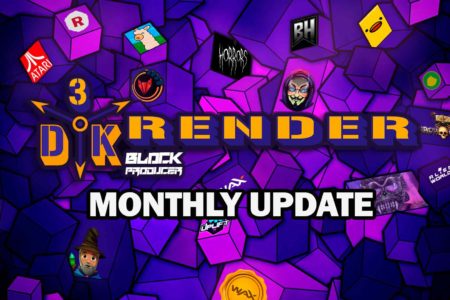 We have not implemented significant changes to our infrastructure during the last period. As producers, we suffered ... 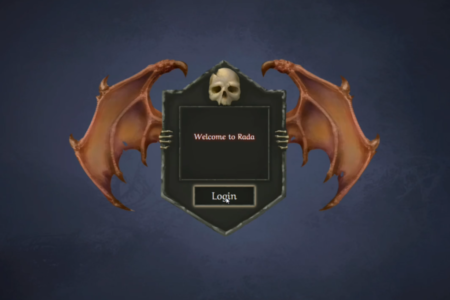 Welcome traveler! as you know 3DK Render is home to Rada Quest, our NFT game about the WAX blockchain. We've been worki...

"I found her as I wandered through the garden in the moonlight. Or maybe it was she who found me."

✨Hey Questers! Did you know that we have a daily reward system? Every day is a new reward; you can get resources like color potions, Soul Crystal, credits, and more!

Leave a comment with your wax wallet for a chance to win Soul Crystal randomly.👇 (up to 5)